I’ll let you research the rest of what may be of interest; let’s get to pictures.

From where we stayed in Palm Springs it took maybe 45 minutes or so to get to the west entrance of the park.  From there, we drove in (with a couple stops along the way) to Hidden Valley where we took a roughly one-mile hike.

Et voilà.  The park’s namesake, Yucca brevifolia.  And indeed the leaves are indeed shorter than the familiar Y. gloriosa and Y. filamentosa and whatever else we might see more frequently. 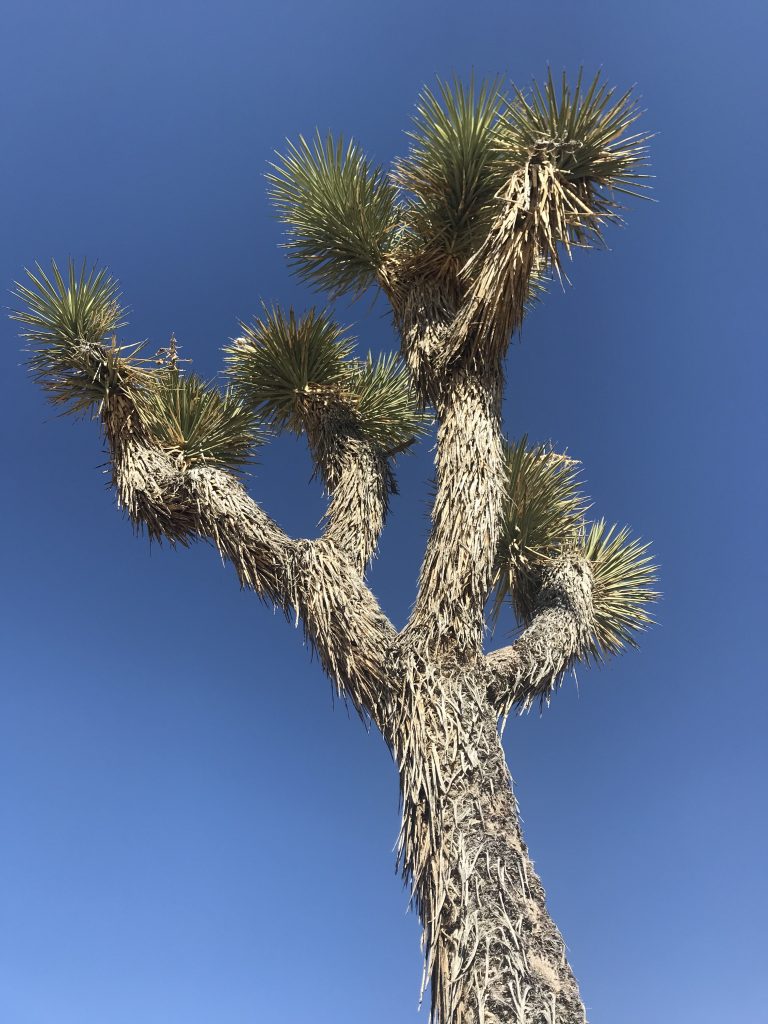 I read somewhere that in parts of Joshua Tree, the natural plant combinations can have the look of an intentionally designed and planted garden.  Turns out that’s true! I was immediately drawn to this plant against that plant, time and time again.  It’s like Oudolf was here… 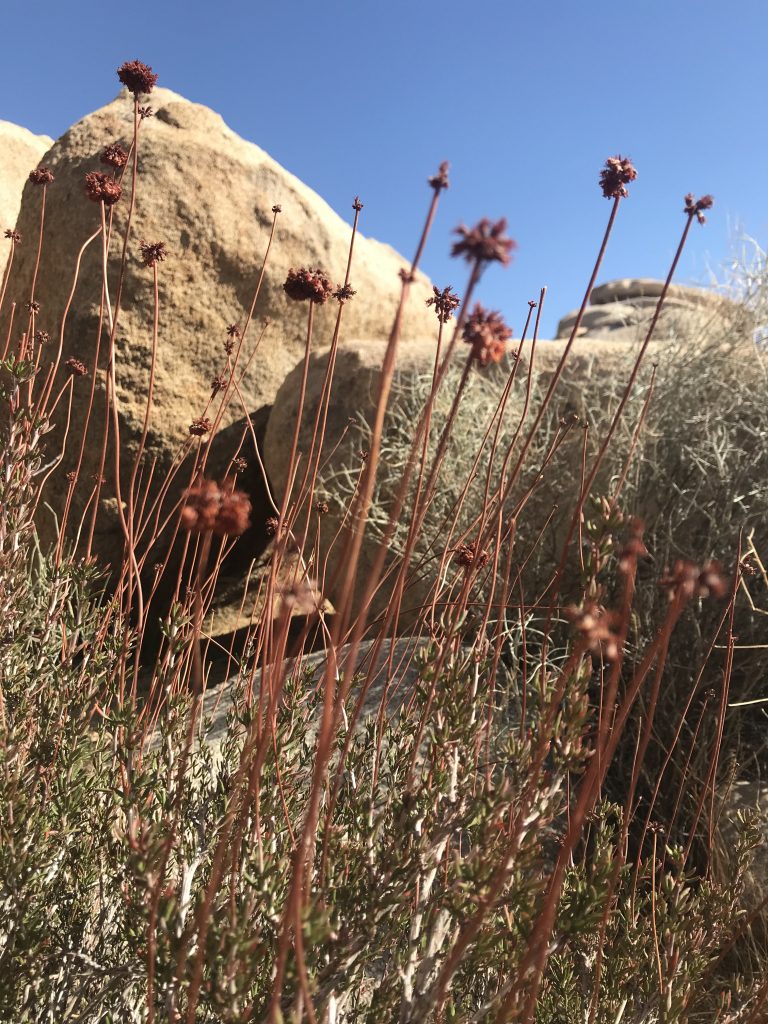 Okay, this next is just one plant but I loved it against the rocks with its excitement of flower stalks. 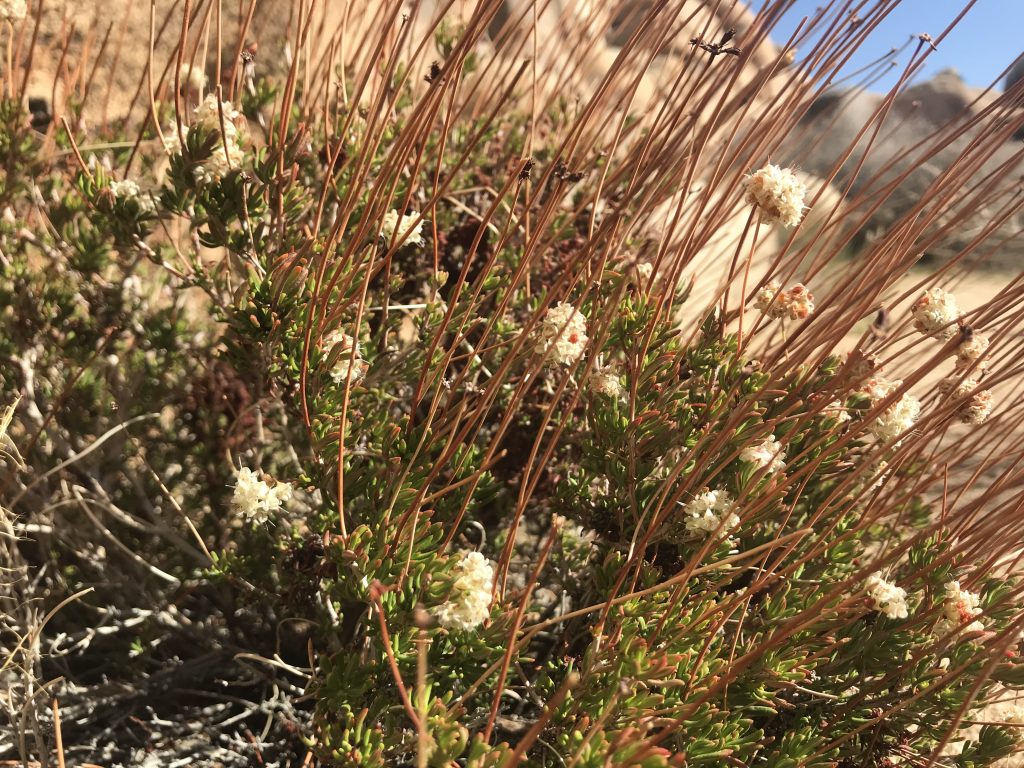 At one point, I kept noticing a very lovely honey-like fragrance, but I couldn’t see any flowers.  In fact, it seemed to emanate from this dead-looking Senegalia greggii (I think) with all the odd growths on it. 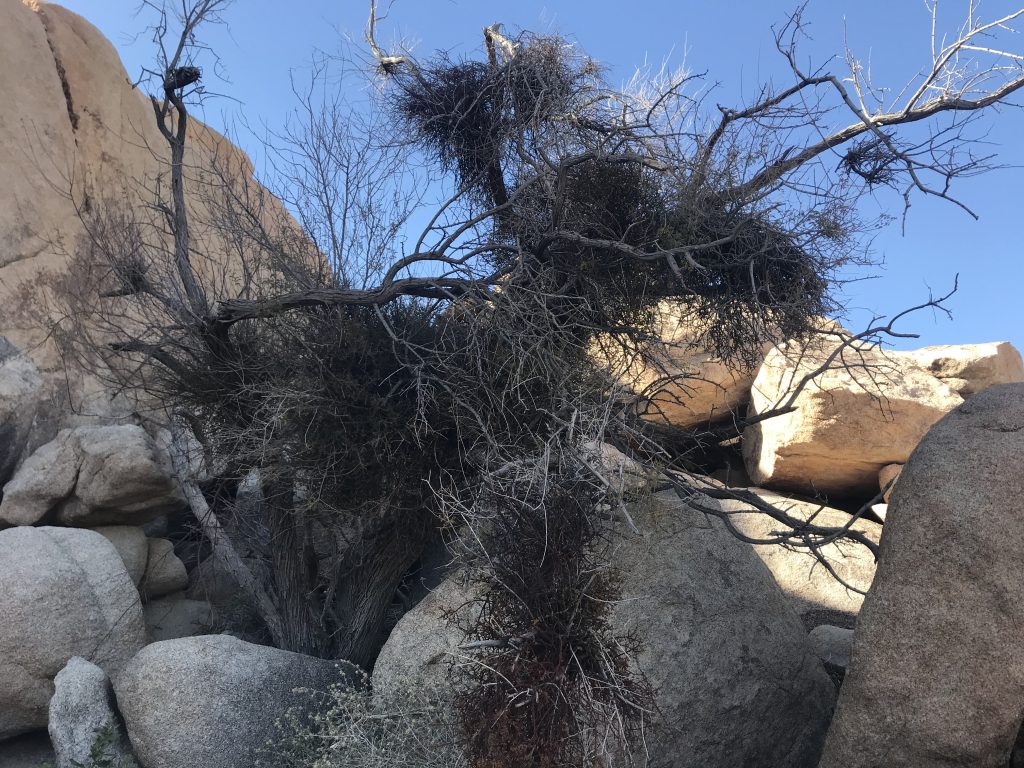 Turns out those growths are indeed a different plant: Phoradendron californicum, one of the many mistletoes native to North America. See the tiny yellow bits? Those are the flowers and they are deliciously fragrant.  It’s a hemiparasitic plant which means that it does its own photosynthesis but it gets water and nutrients from the host plant. 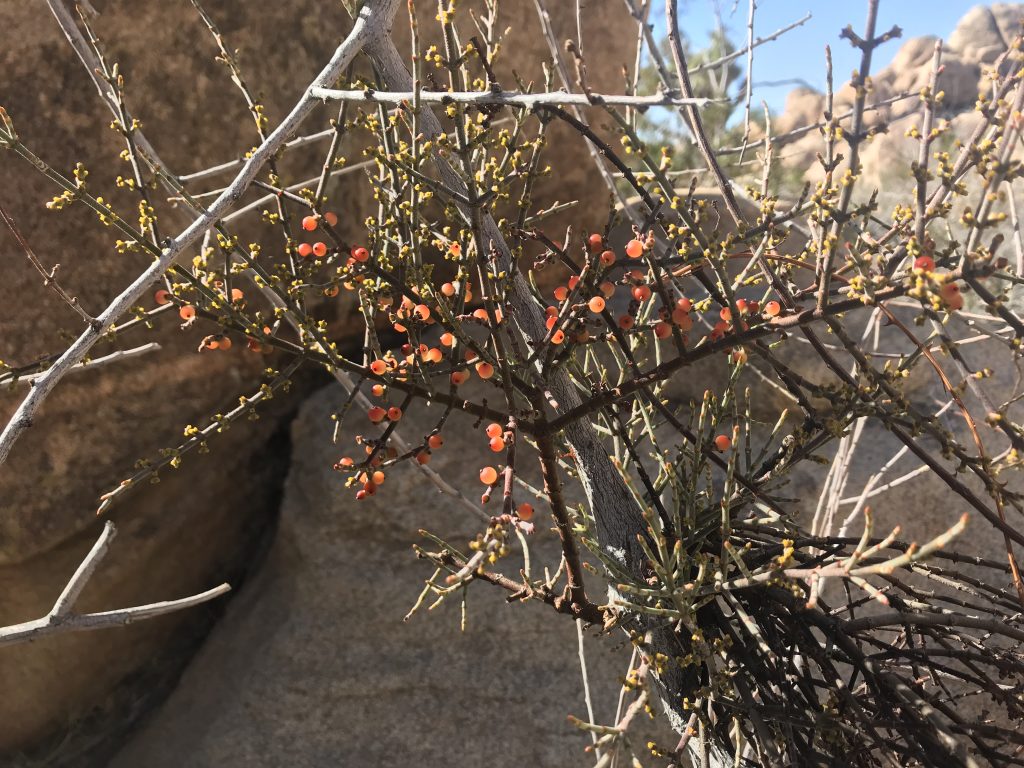 Aside from ubiquitous Yucca brevifolia the creosote bush, Larrea tridentata, is one of the most common shrubs here.  It’s reminiscent of Scotch broom and a tiny-leaved Ceanothus at once. 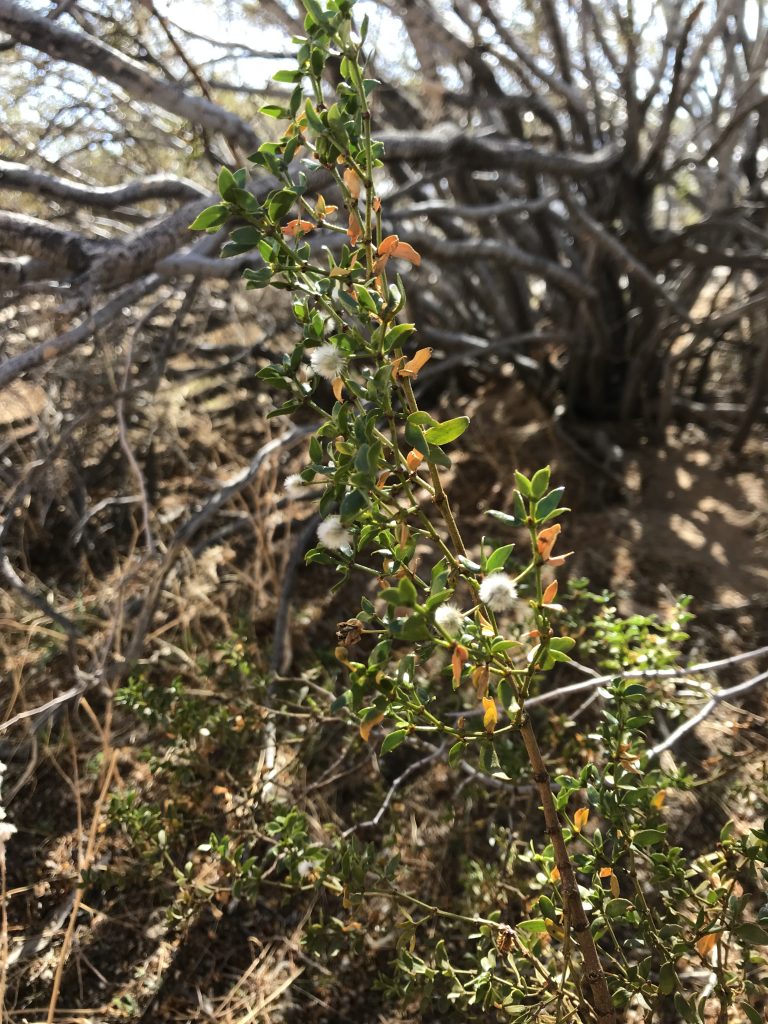 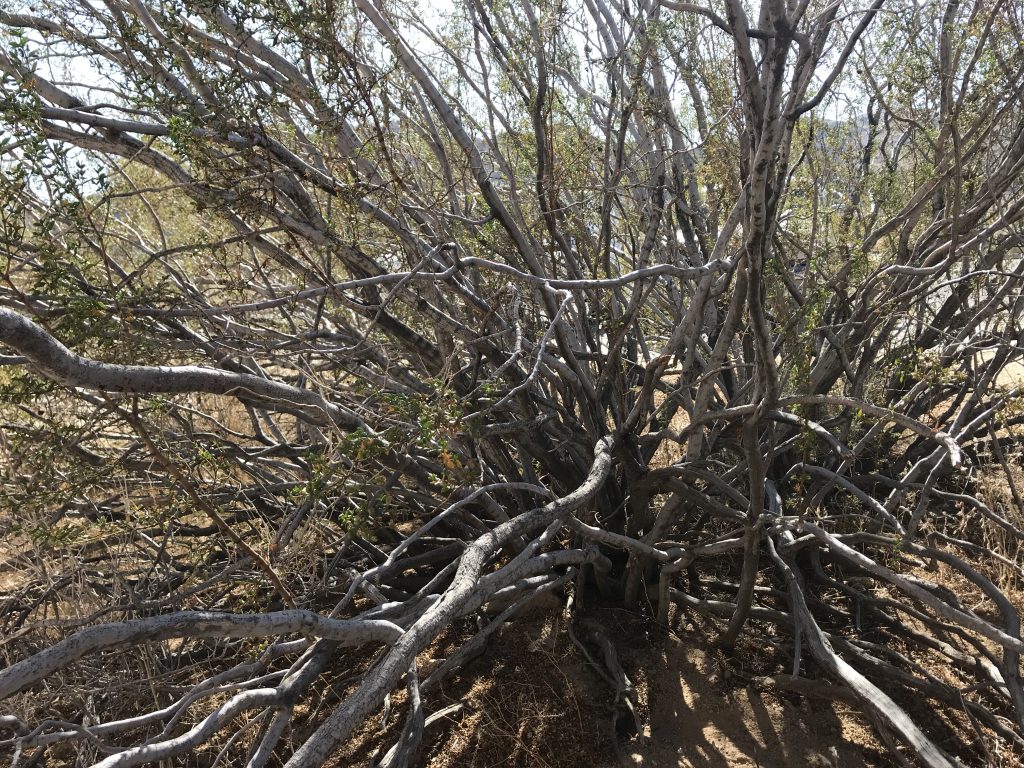 Neato black stripes on many of its branches.  Are those scars? Growth “rings”? Is this thing really that old? I have no idea but I like it. 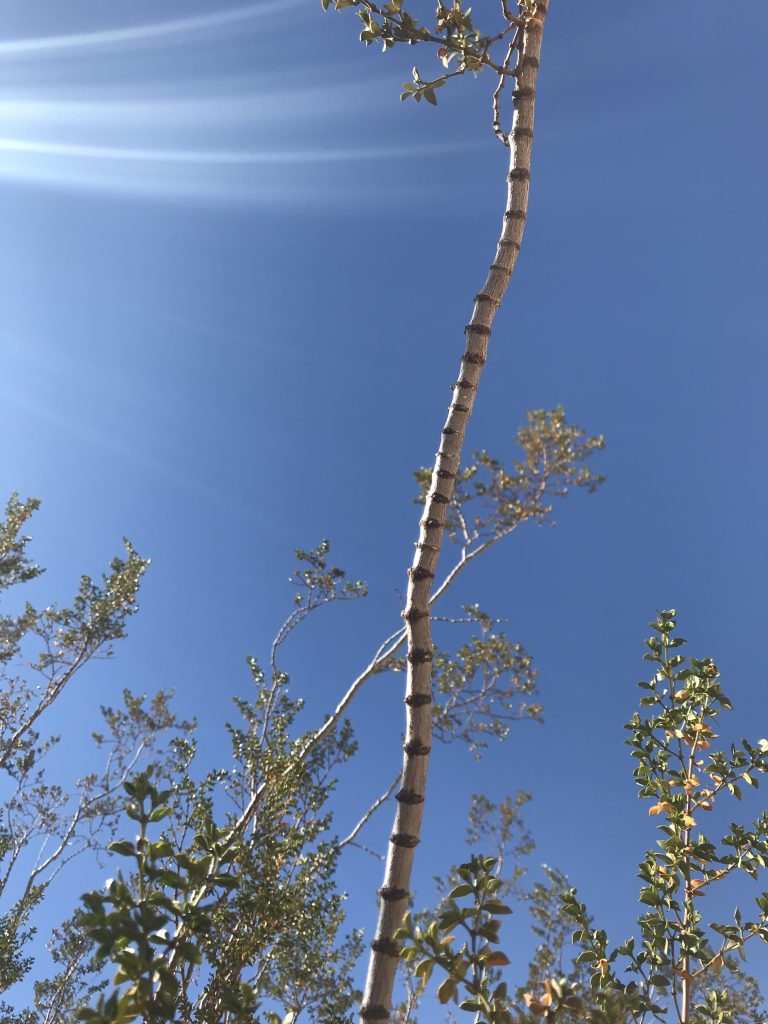 Pinus monophylla made an appearance. 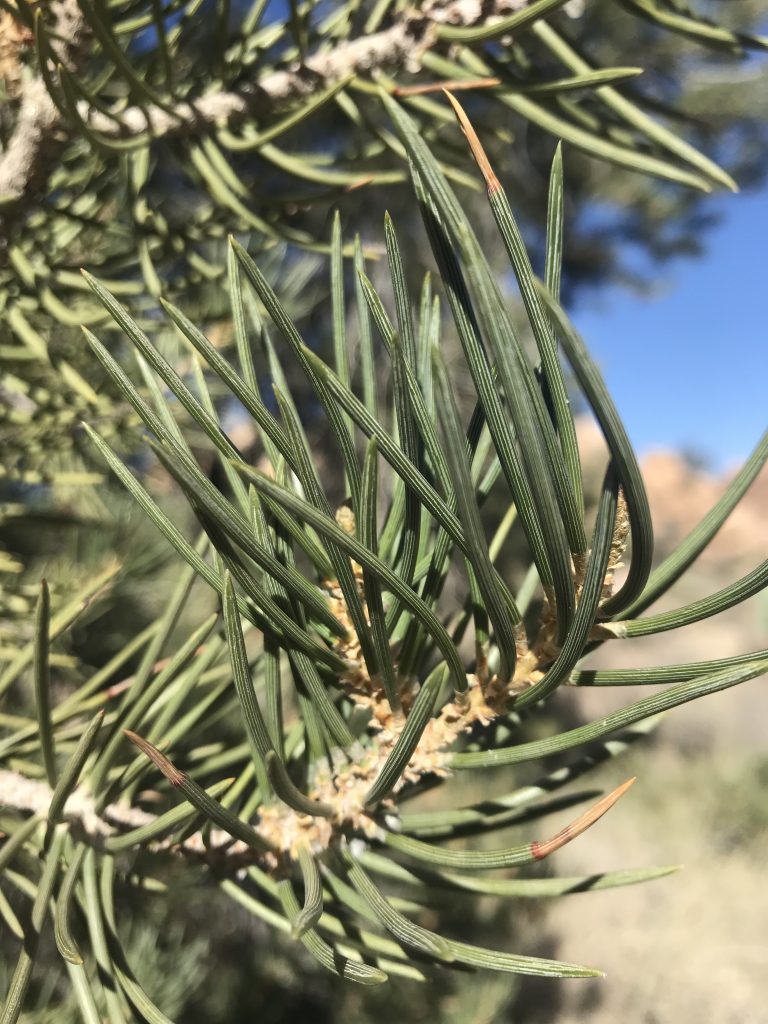 And there was quite a bit of Quercus cornelius-mulleri, a very satisfying evergreen oak which I found was generally shrubby with good form., often growing in very rocky areas. 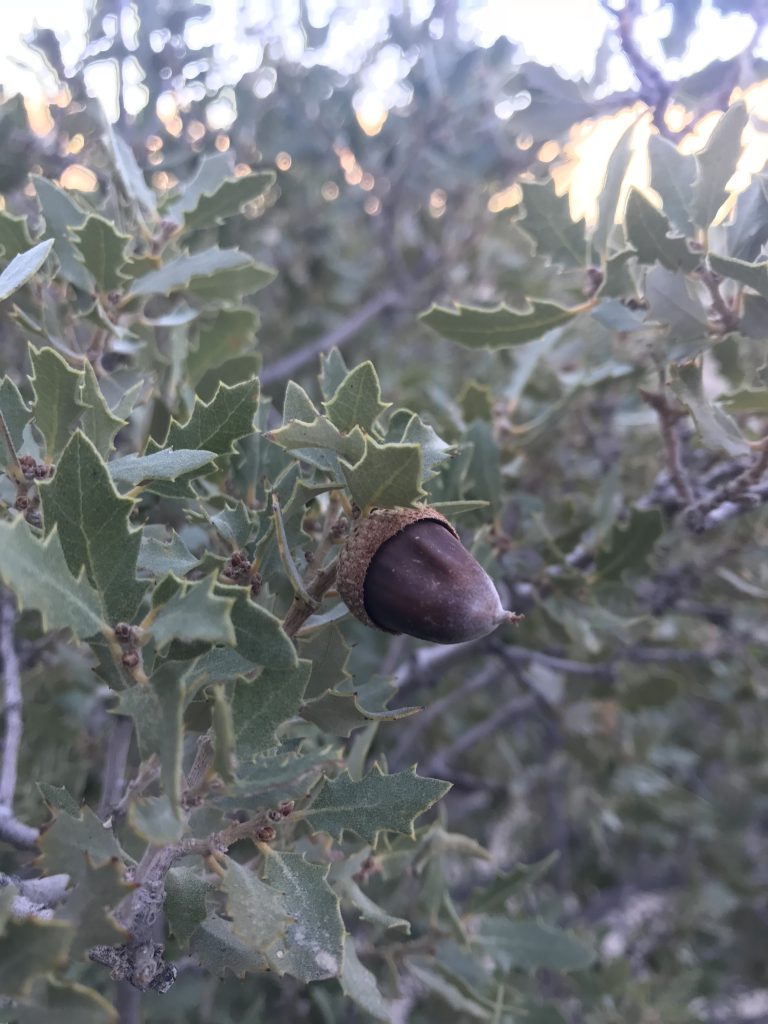 I’m going to let the rest of this post be a photo essay and not bother you with any more words. 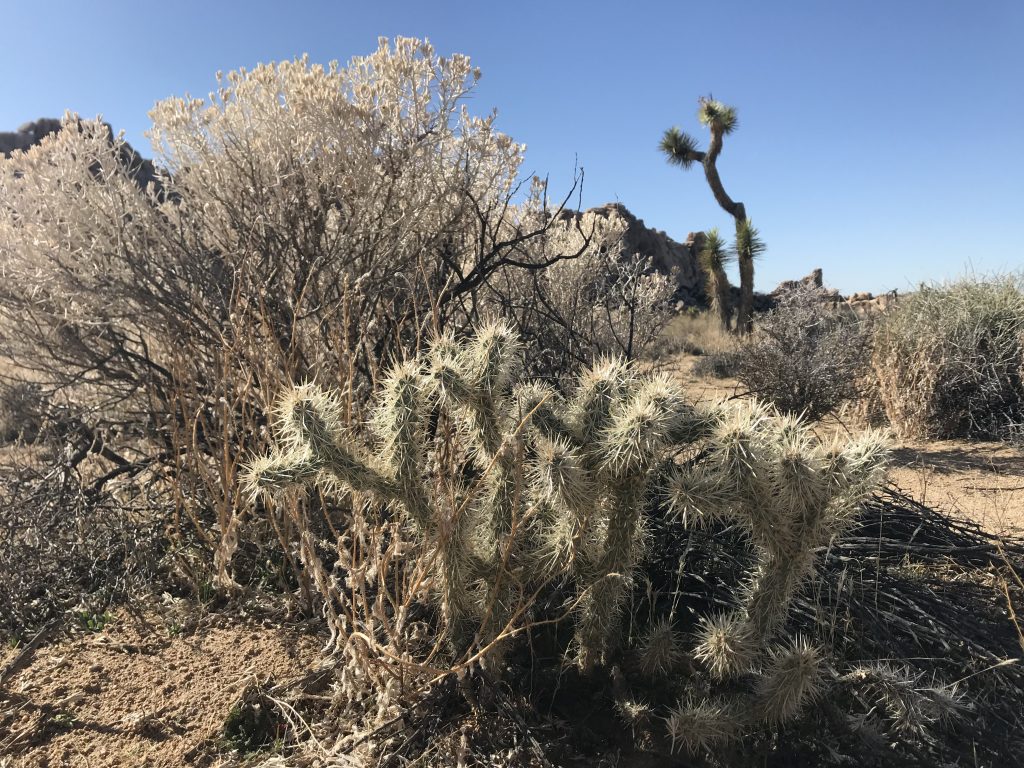 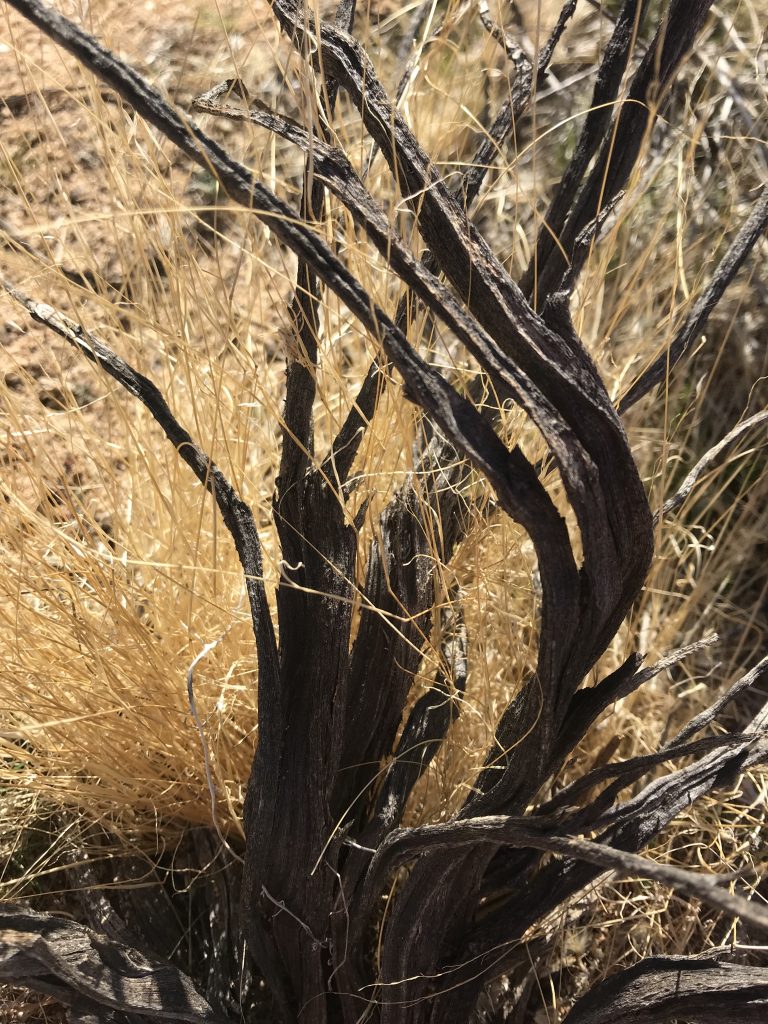 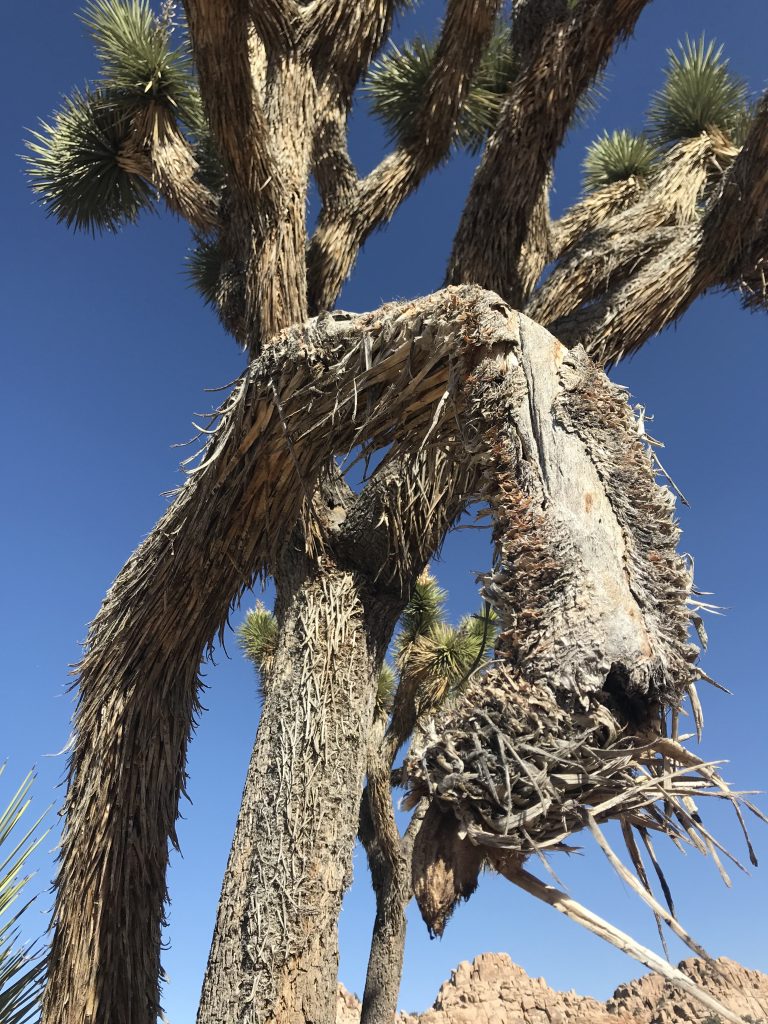 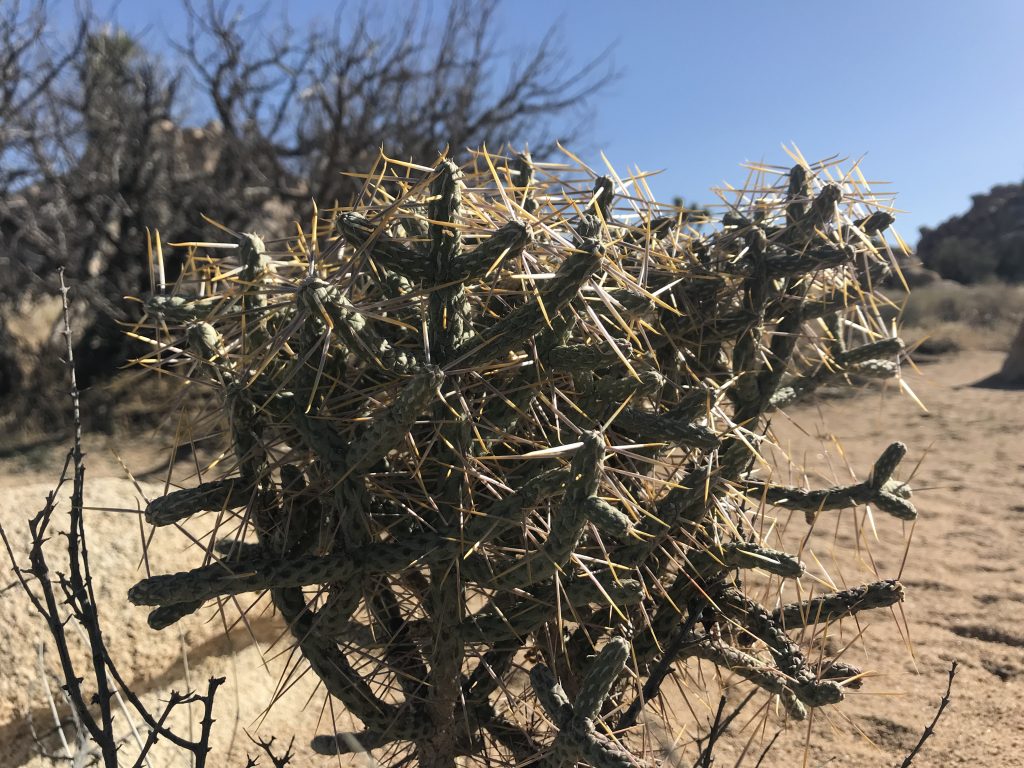 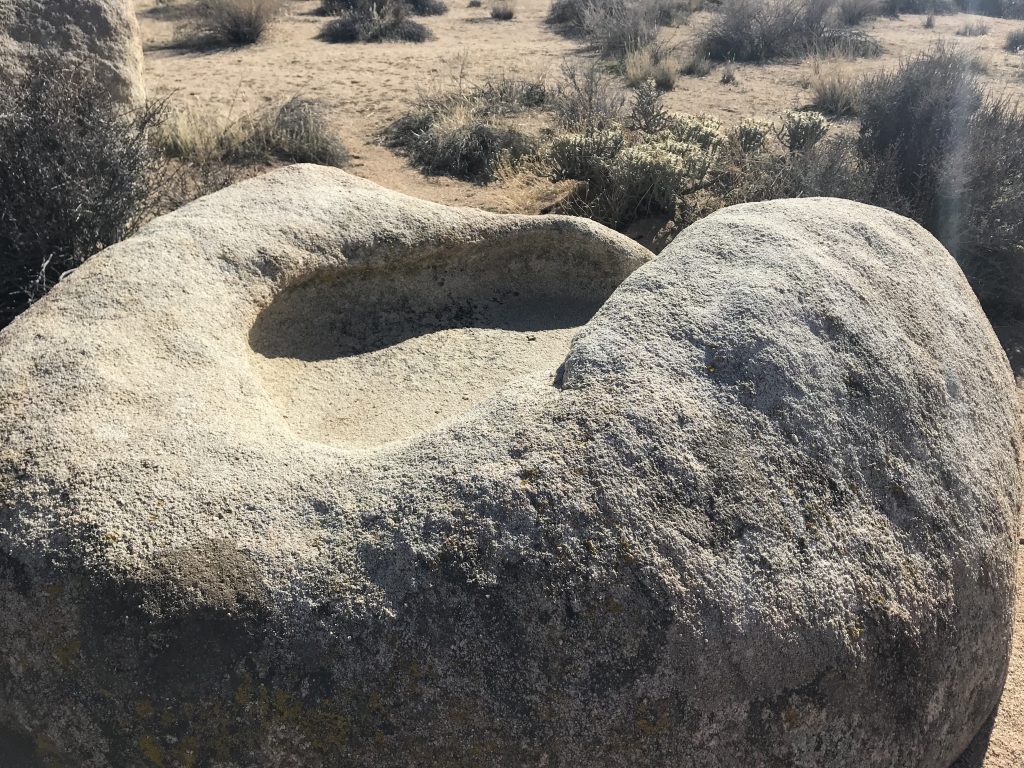 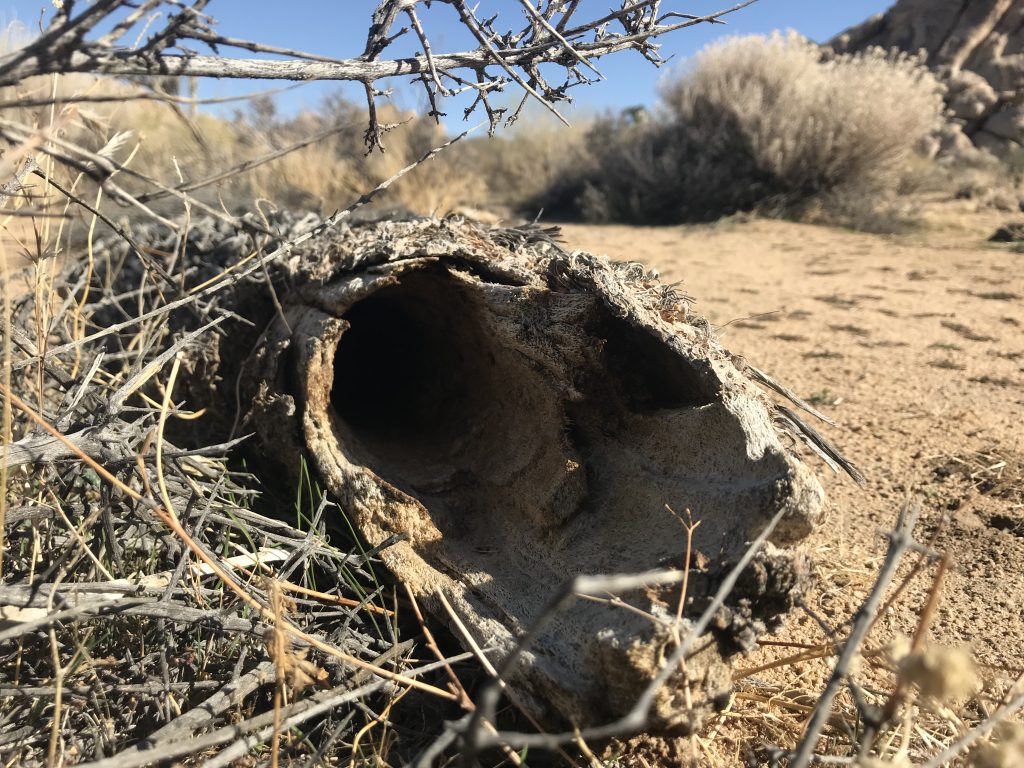 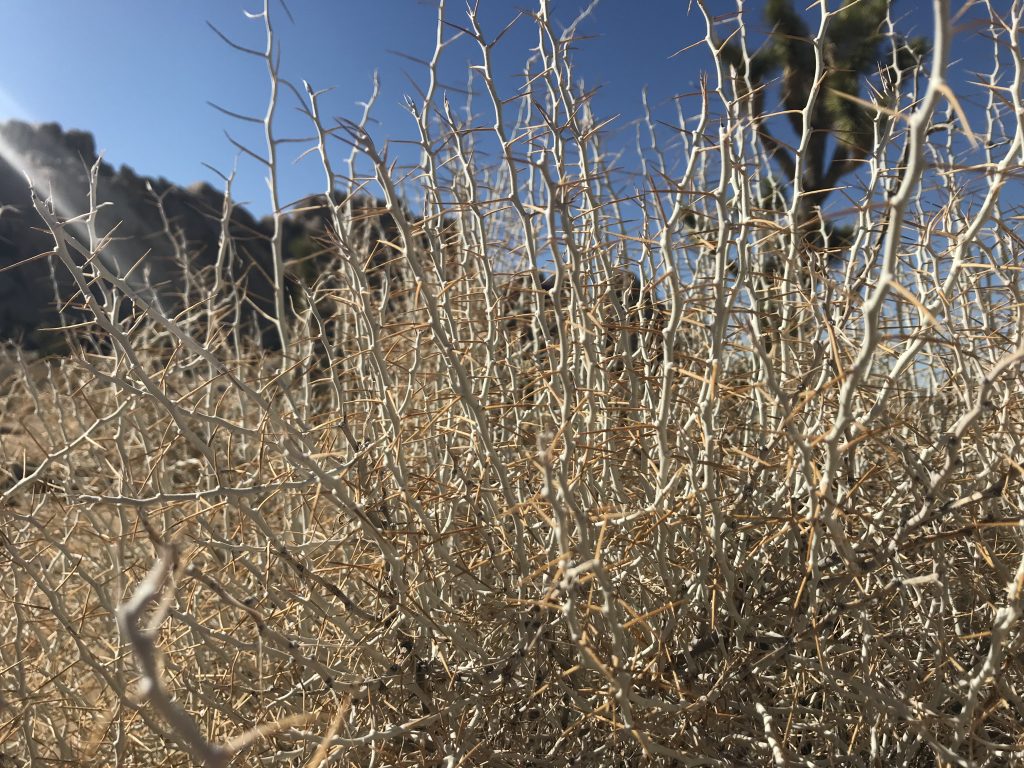 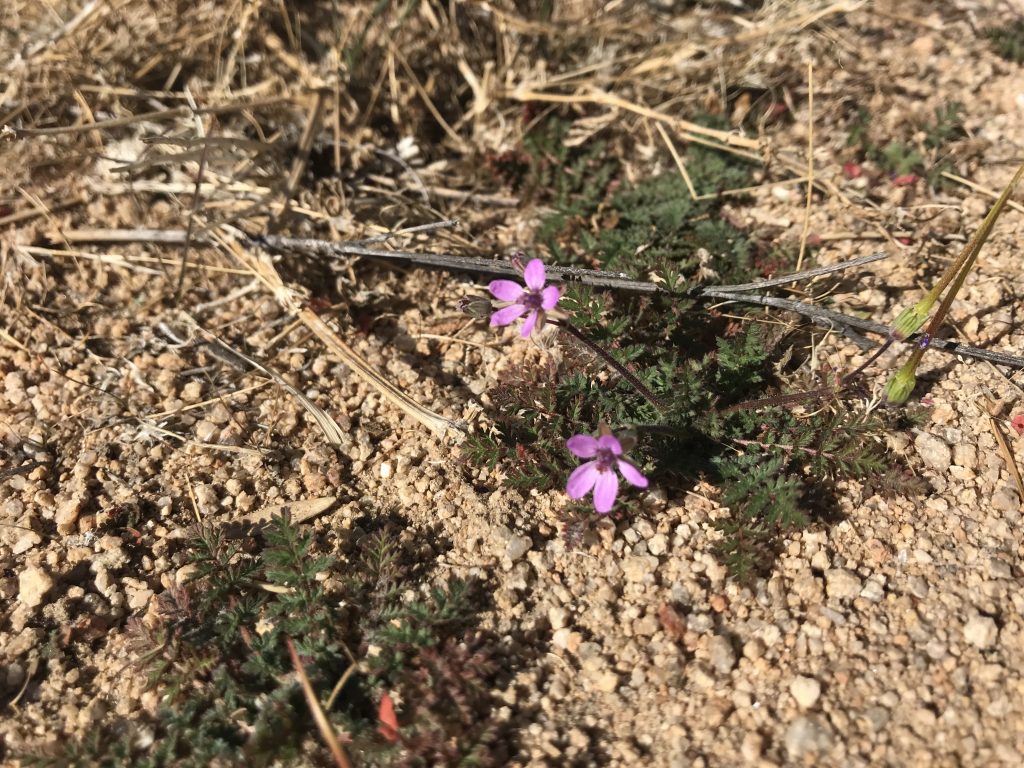 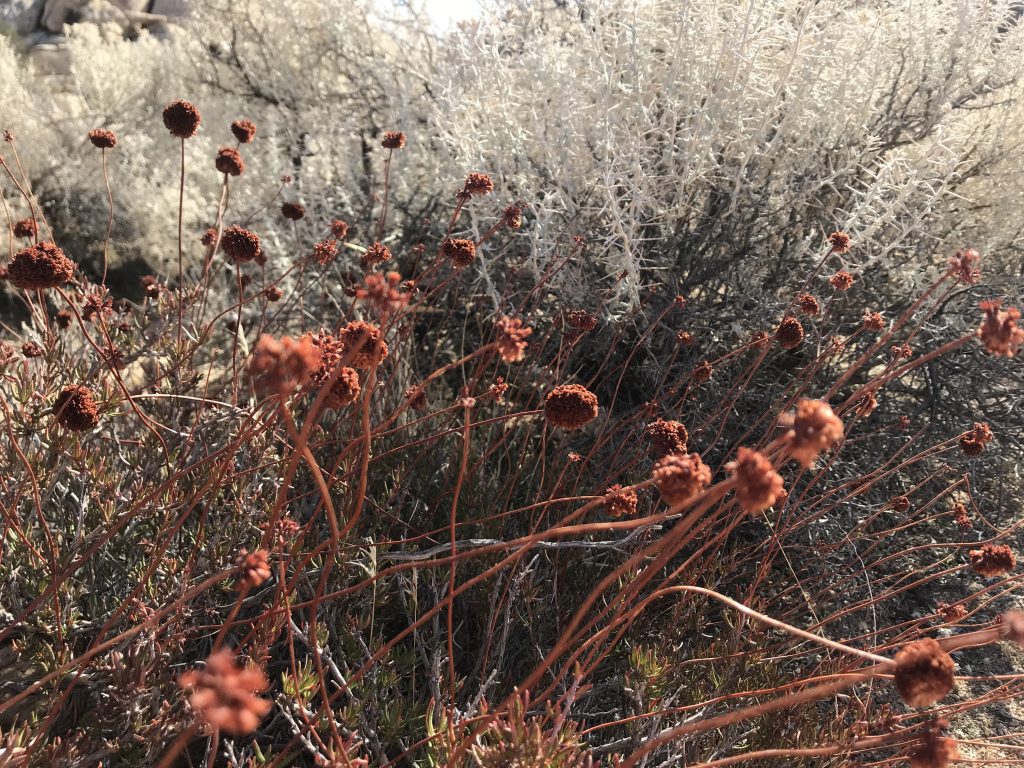 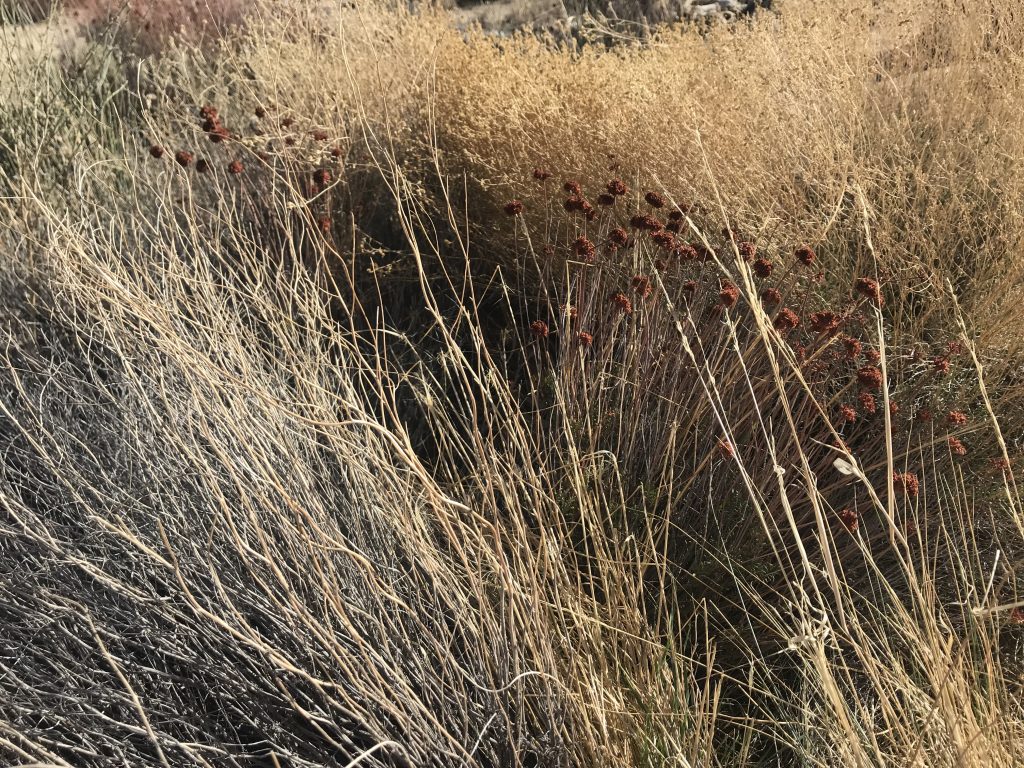 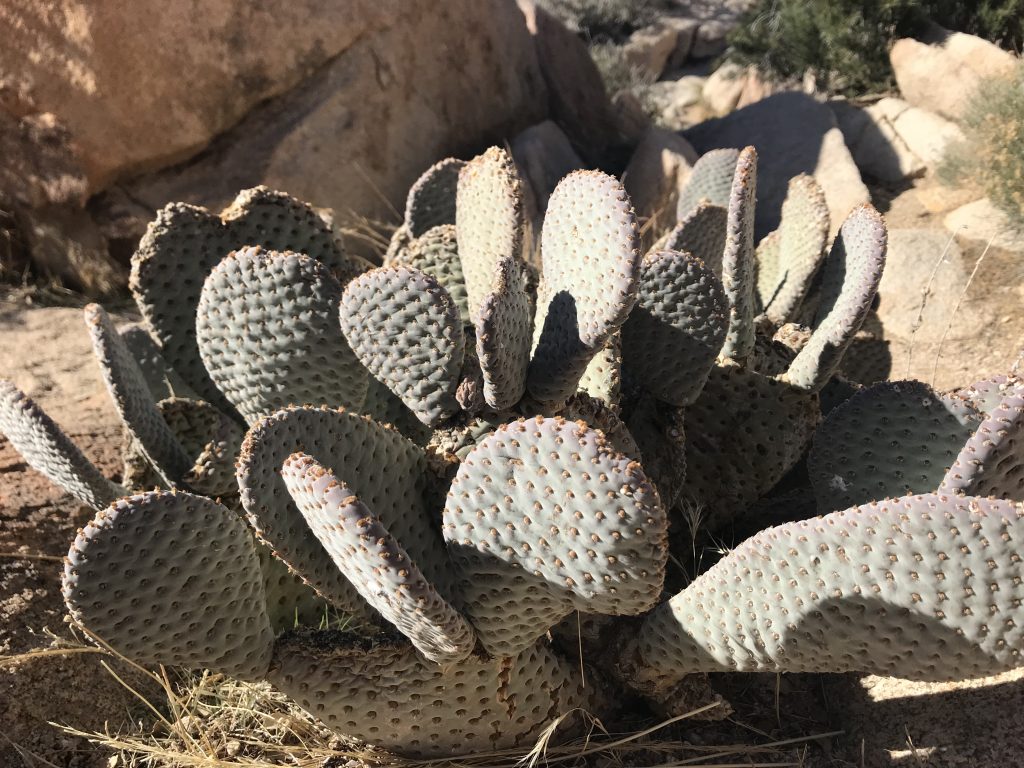 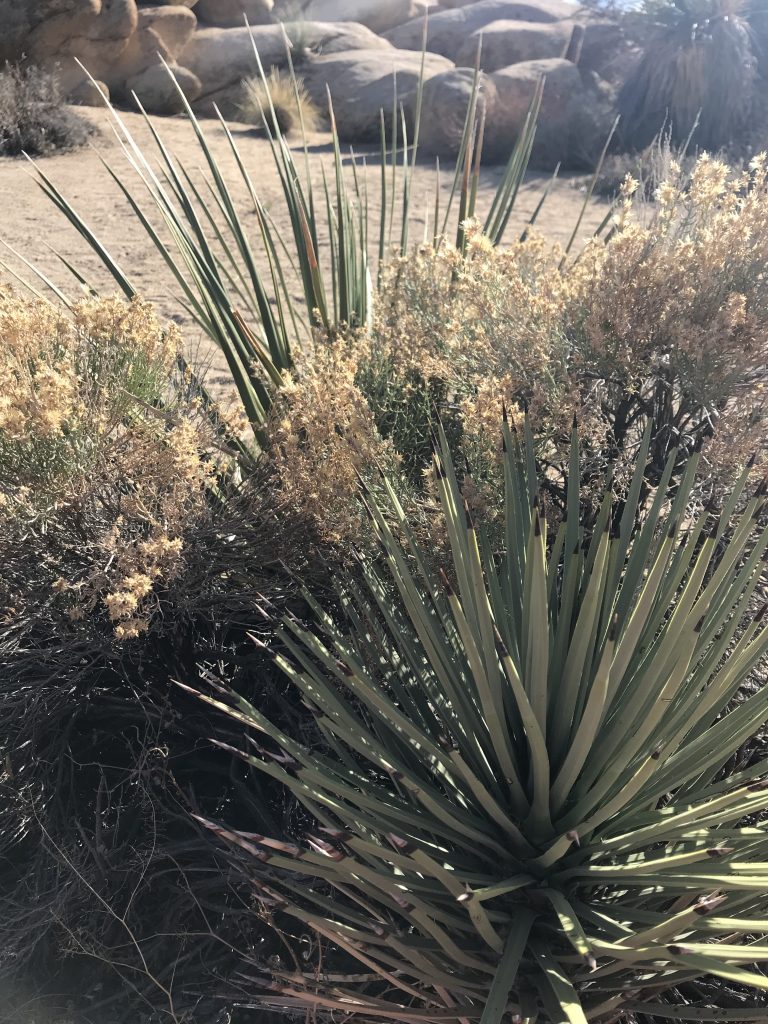 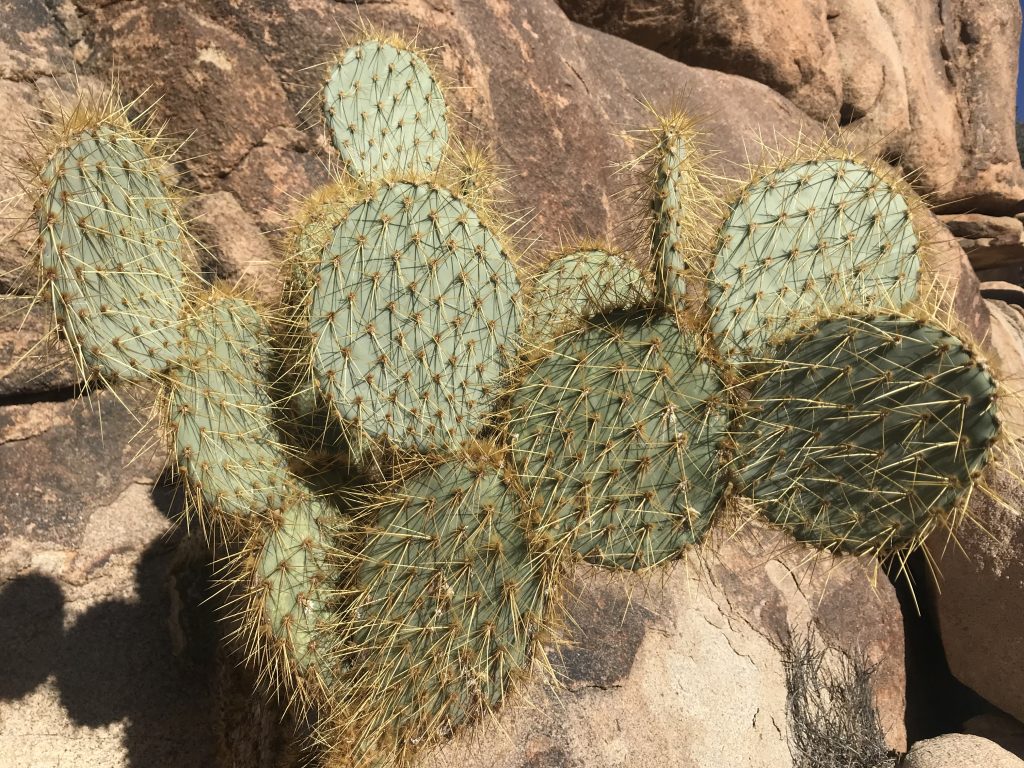 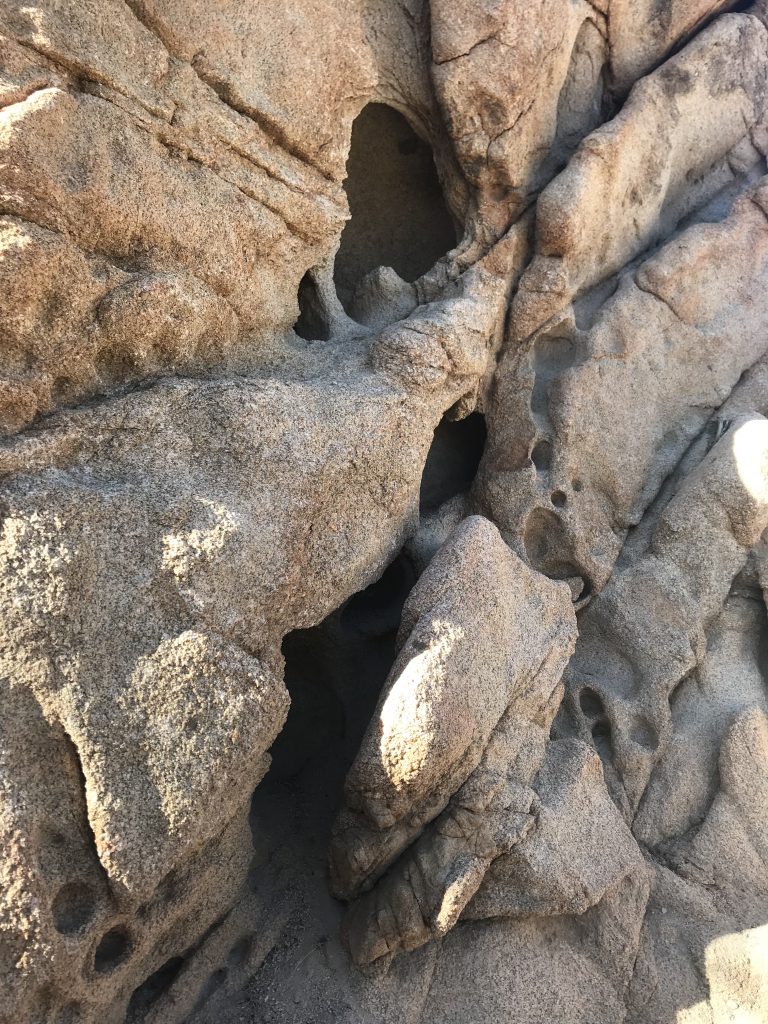 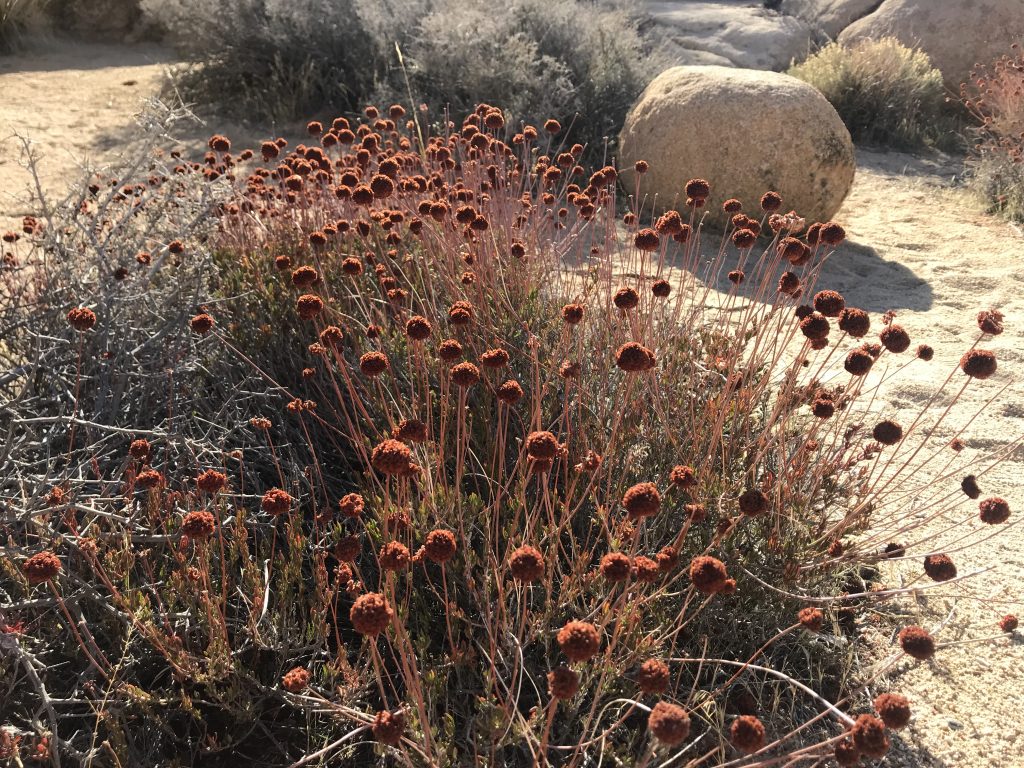 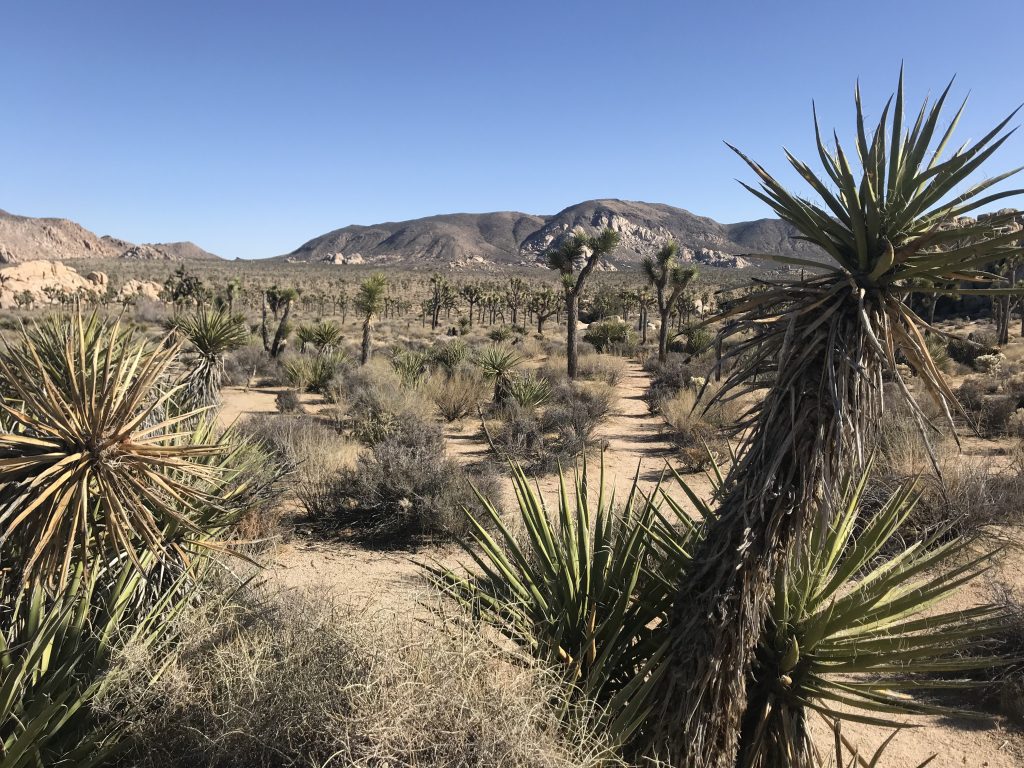 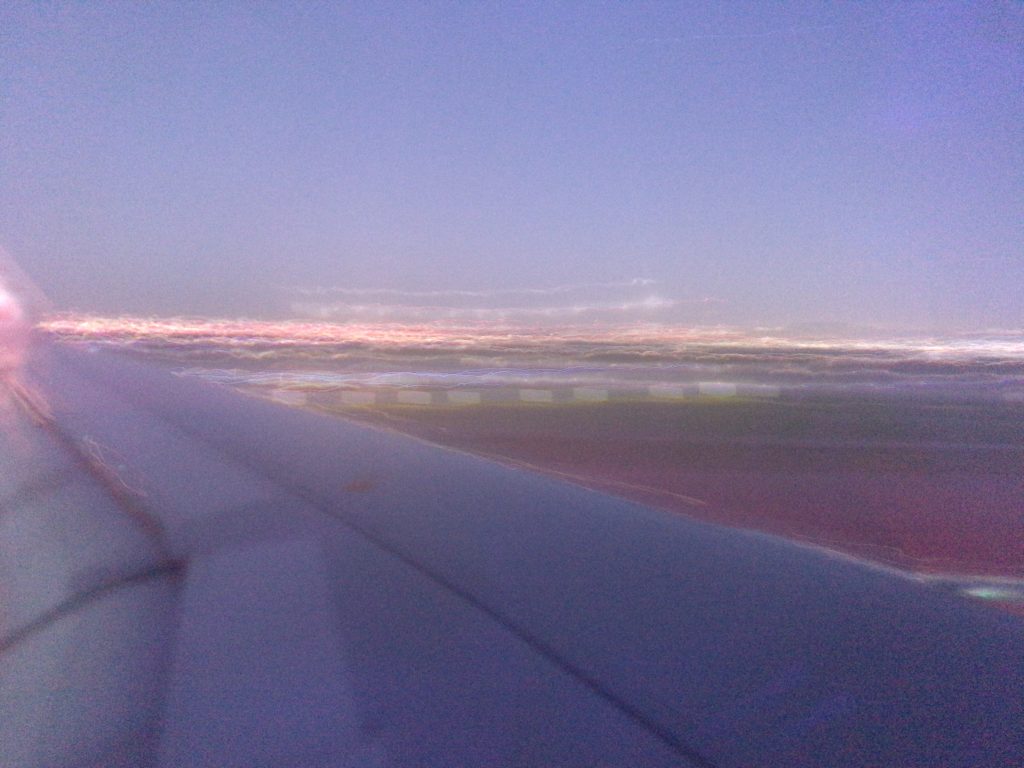 Ok I lied.  I’ll come back and label all of these once I get positive IDs for the plants.

I hope you enjoyed these pics.  Back to the wet, gray Northwest for a while now!